This One Beautiful Slot Canyon You Must See To Believe

Wisconsin isn’t much known for mountains, but thanks to a glacial episode actually named after the state, we’ve got some amazing cliffs, valleys and gorges carved out in our terrain. 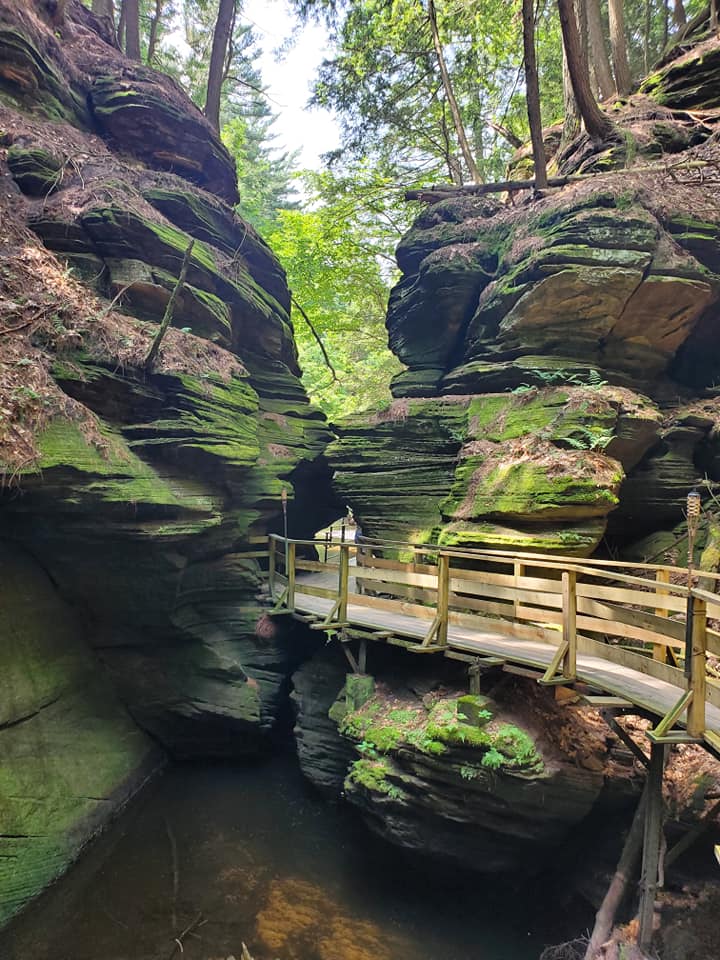 You may be used to heading to the Wisconsin Dells for waterparks and outlet shopping, but they are actually part of the Wisconsin State Natural Area. The Dells – actually from the French word for narrow – are a five-mile gorge on the Wisconsin River. 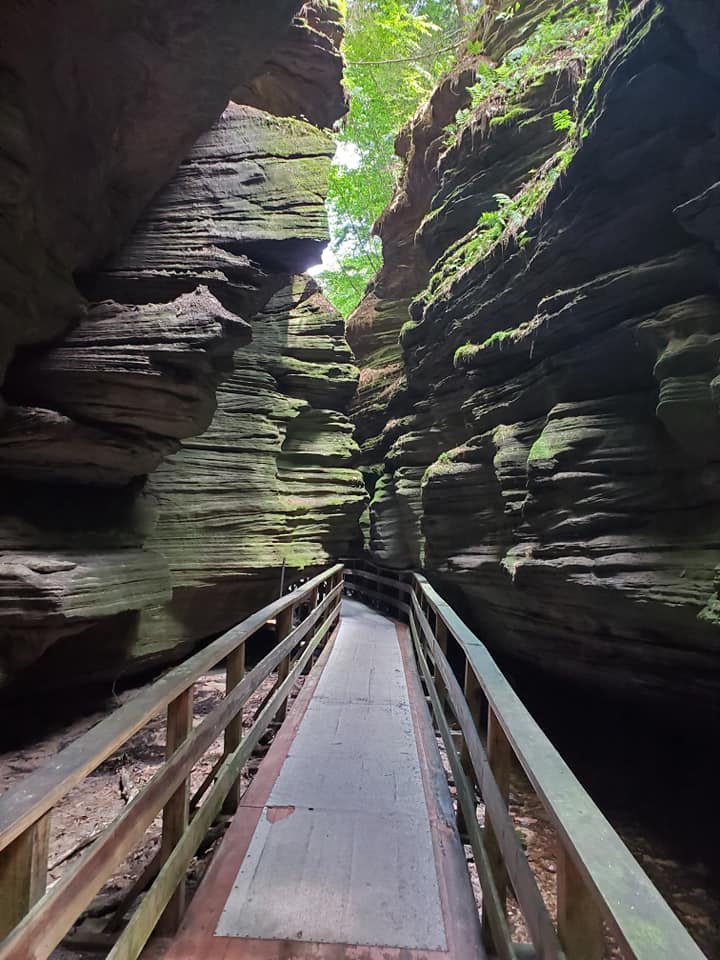 Witch’s Gulch is best described as a slot canyon (a gulch is actually a deep V-shaped valley formed by erosion), but it offers some of the coolest, most interesting views in the Dells. 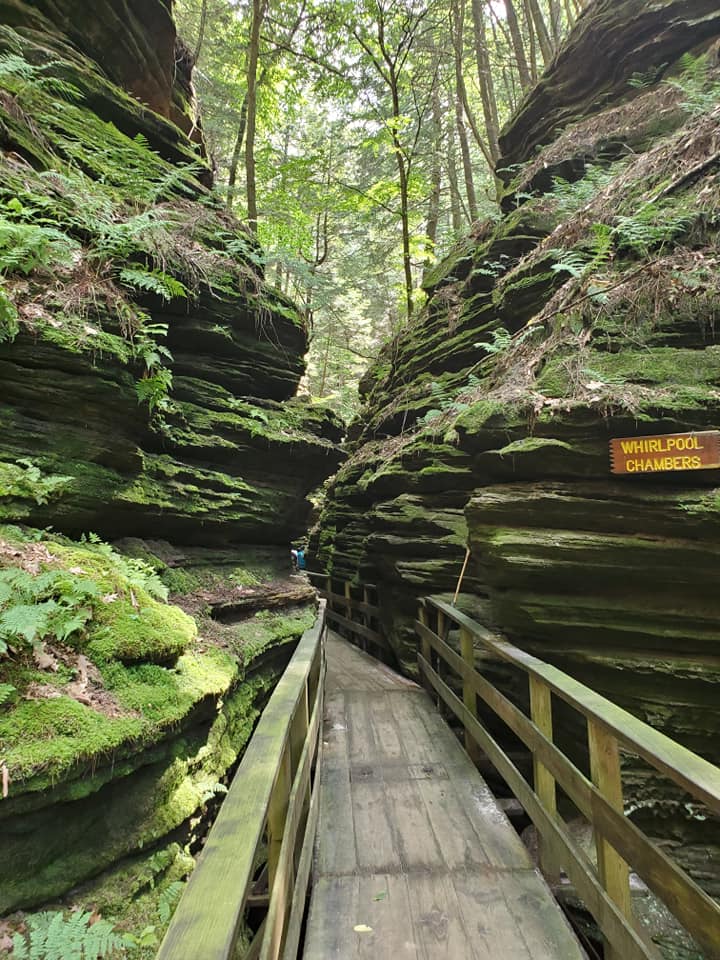 Accessible only by boat tour, Witch’s Gulch also has one of the best natural beaches in the state. 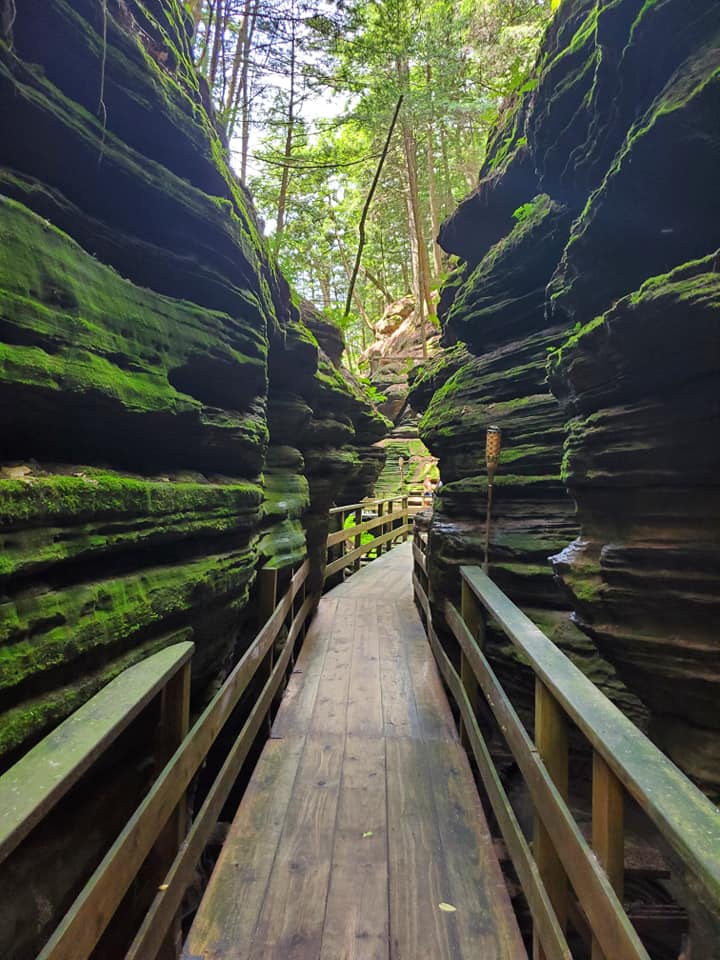 Boats dock and let visitors off to inspect the Gulch. 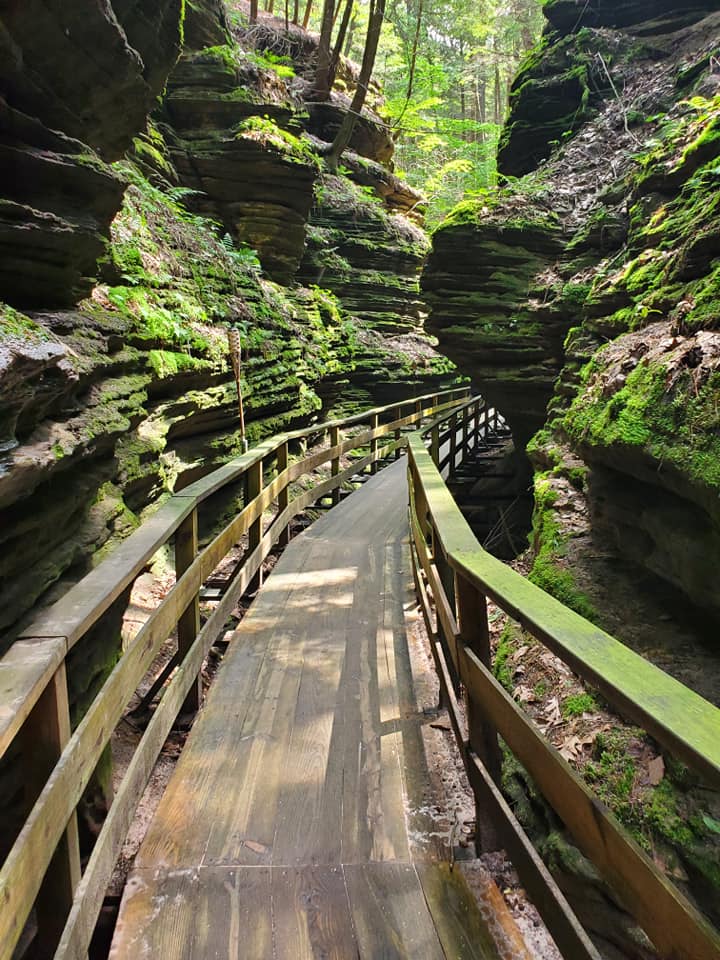 The walk itself is a 2 mile loop through a hardwood forest. At points, you can reach out and touch both sides of the narrow canyon. 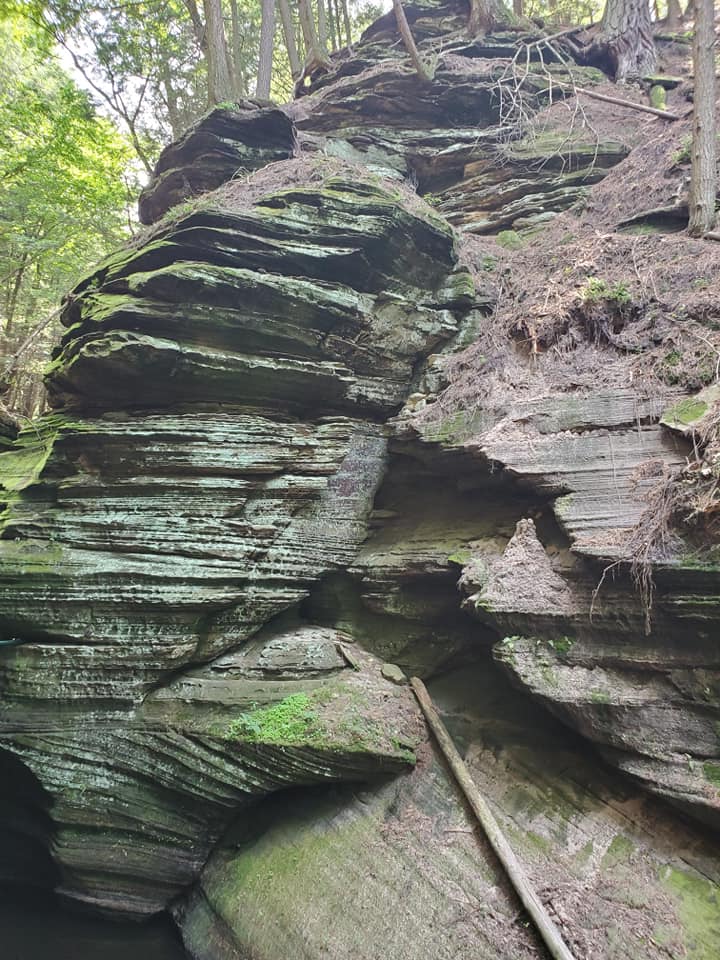 Signs remind you how precious and unique the area is. 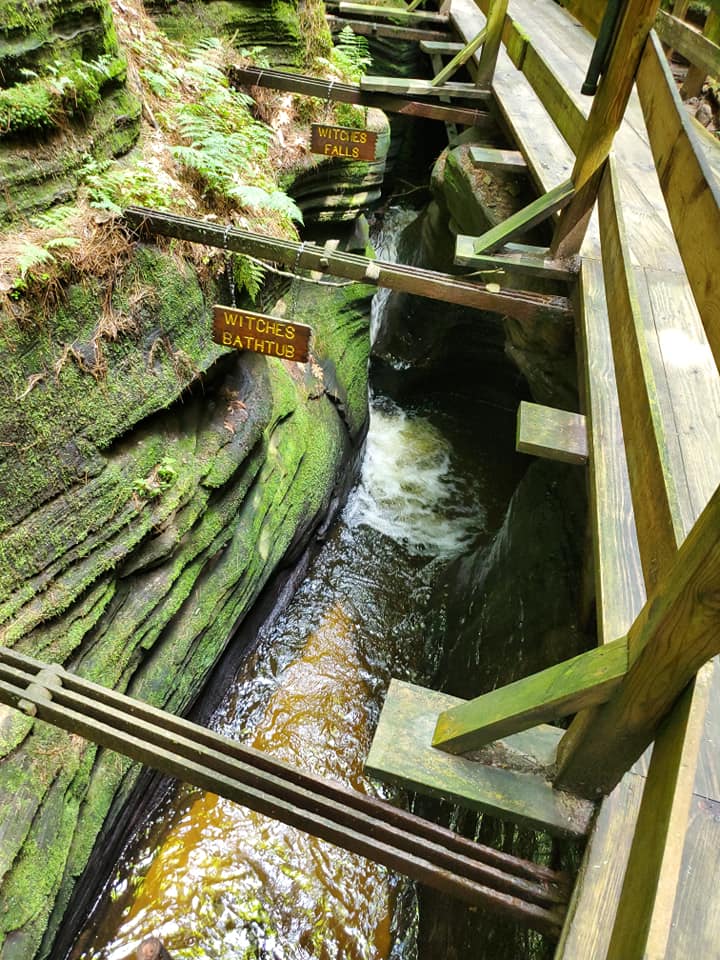 The river that cut through the sandstone is still visible. 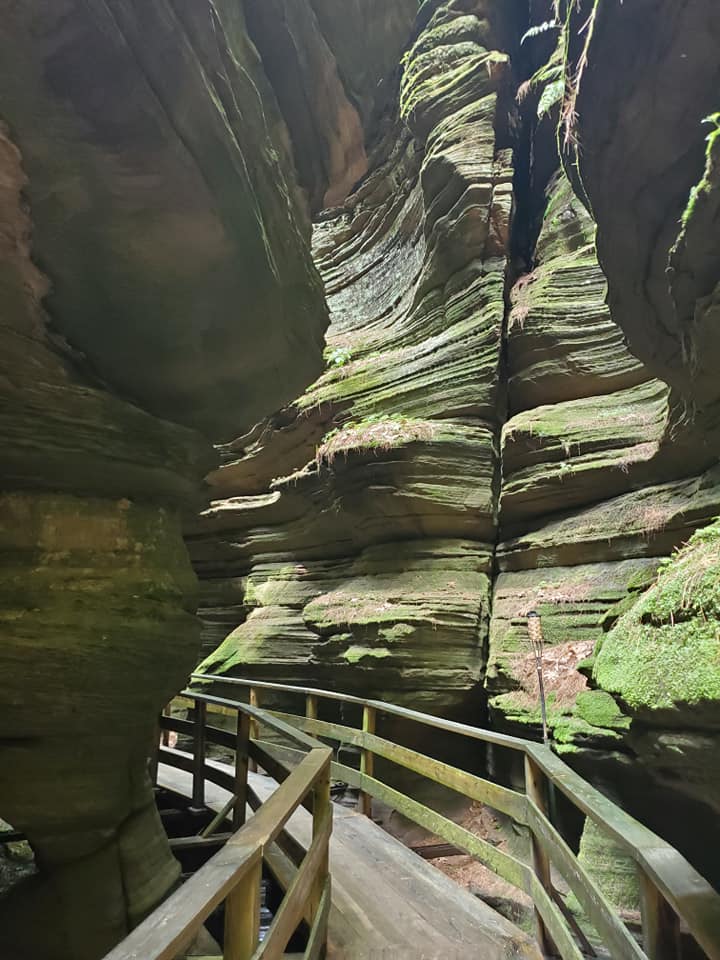 The rocks are worn away in the twisting, winding pattern of the water as it heads to the Wisconsin River. 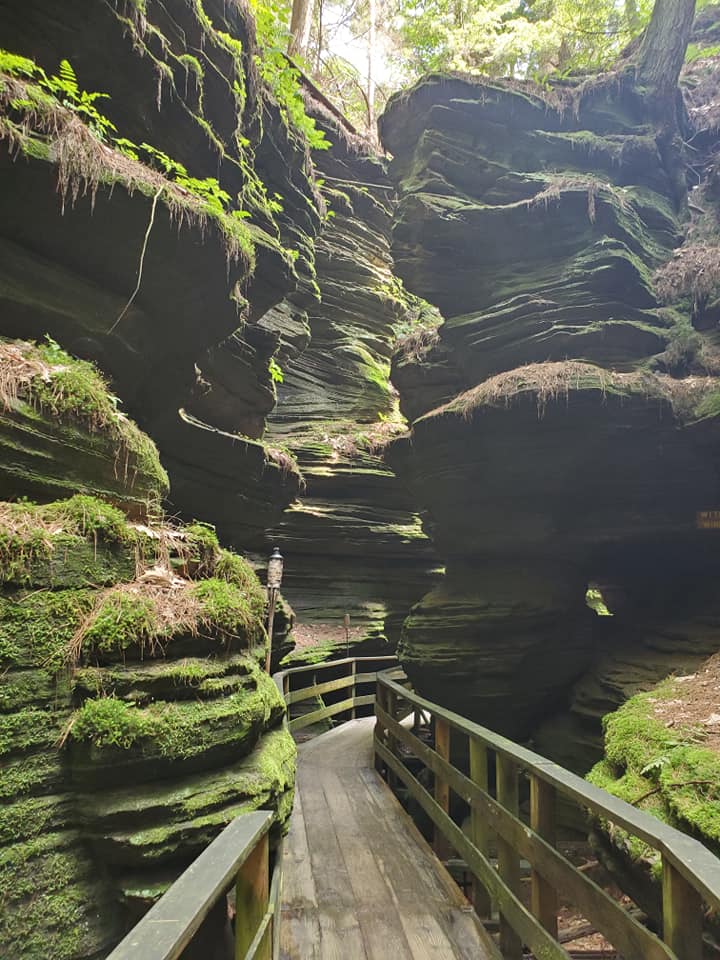 Walking through Witch’s Gulch plays tricks on your eyes. 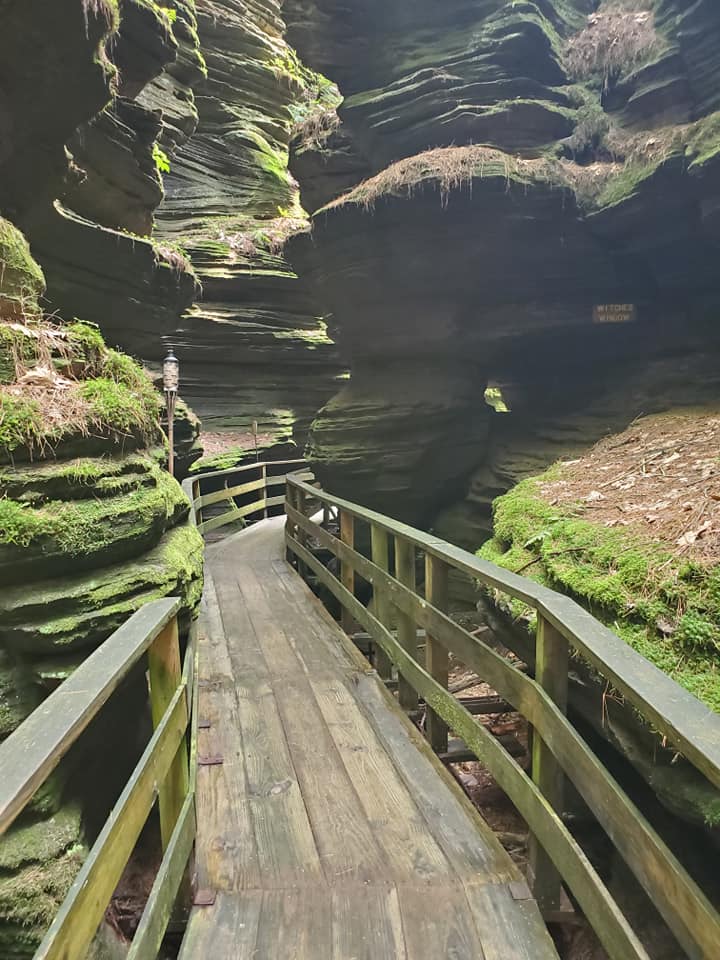 Though it doesn’t look like you will even be able to slip through, there’s plenty of room to navigate and admire the millions of years old sandstone. 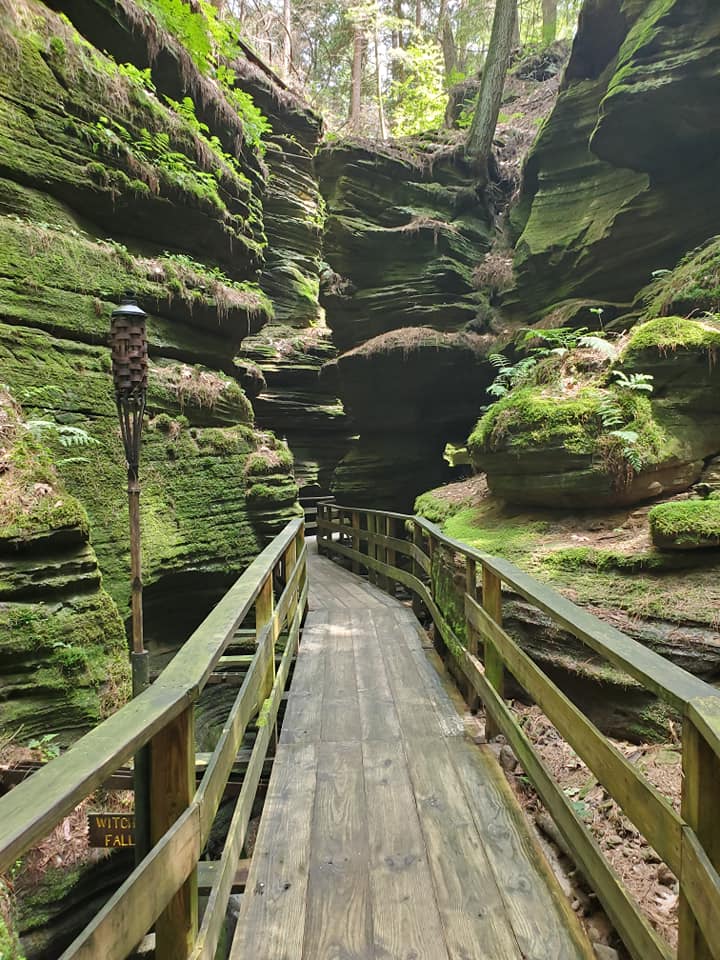 Though it photographs best in daylight, the Gulch can be visited as the sun sets. 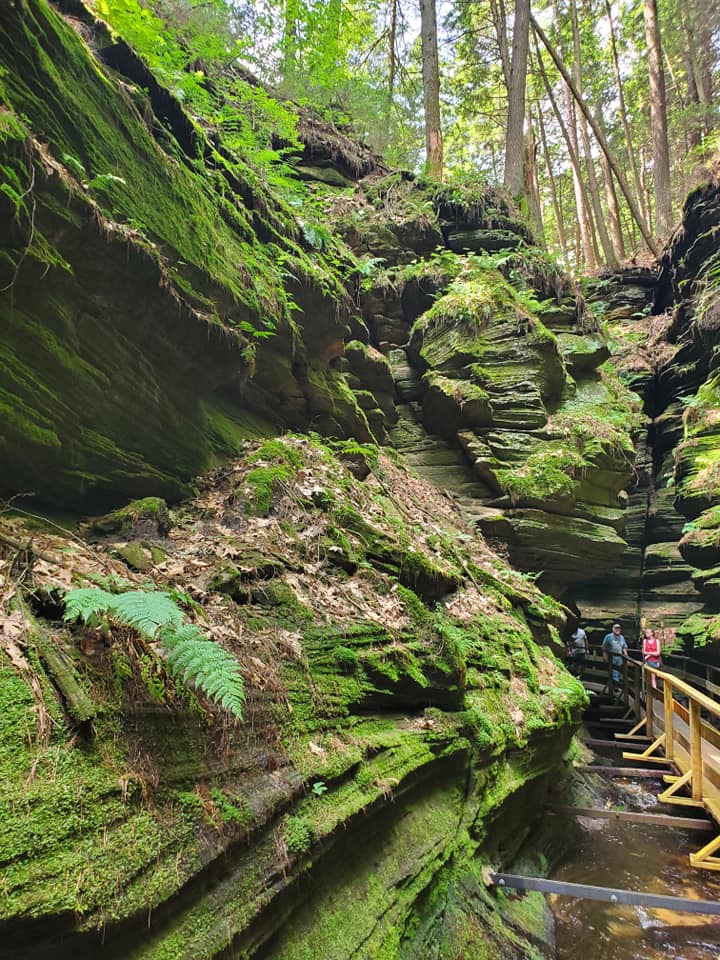 Torches are lit and locals have been known to tell a ghost story or two about the area. 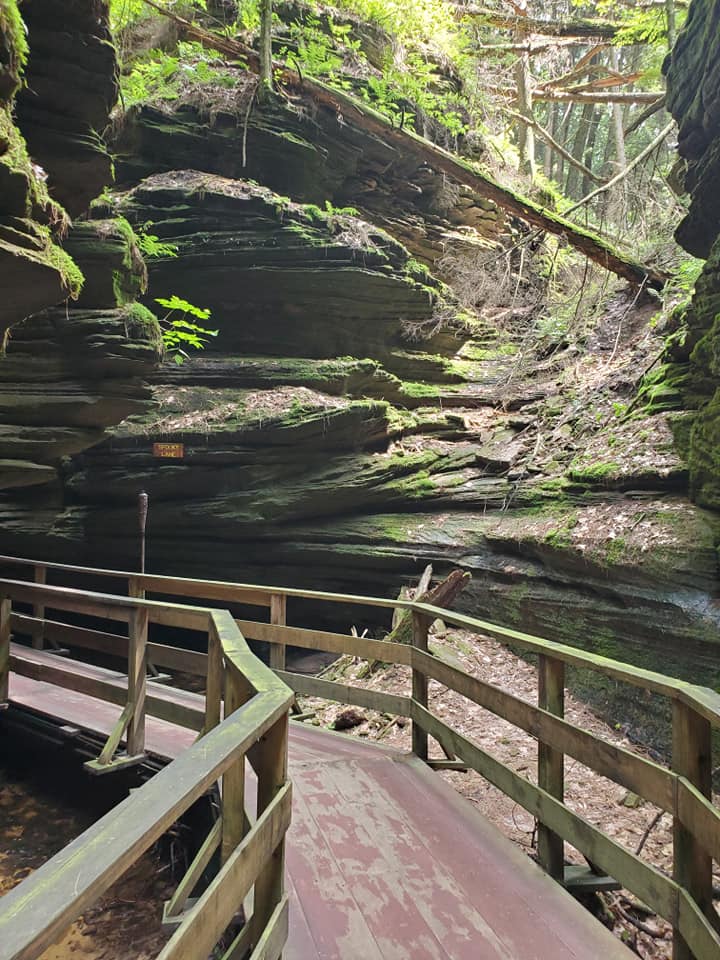 The sandstone was formed over millions of years when this part of Wisconsin was the bed of a lake. 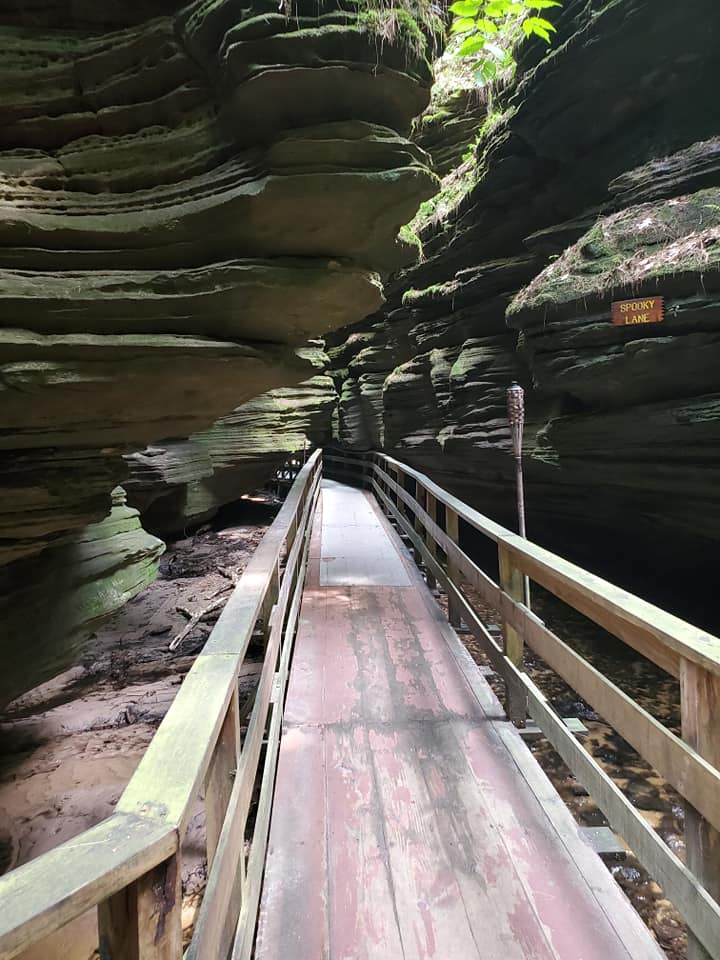 This hike showcases all the different layers of stone that were created and then compressed during the last ice age.

Moss and other flora grow on and out of the sandstone due to the humid nature of the spot.

The greenery makes for stunning pictures and makes this an even more unique canyon.

In case the sandstone cliffs weren’t enough to make you feel small, the forest continues far above your head.

It may look like the road to nowhere, but don’t let your eyes deceive you.

This is a short little hike that will leave you in awe of nature and aware of your small size in the great scheme of things.

For more information on the Witches Gulch click here.