At 63 feet, Smith Falls is the tallest waterfall in all of Nebraska and it’s also the centerpiece of Smith Falls State Park.  Smith Falls State Park is an incredible Nebraska park, and is a popular destination for campers, as well as canoers, kayakers, tubers and others who visit the area to experience the beautiful Niobrara River, a National Scenic River. 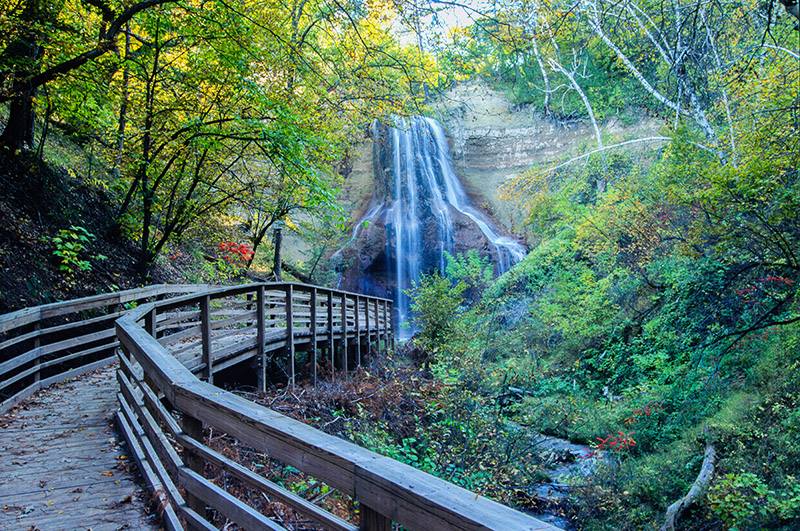 Smith Falls State Park offers primitive camping that is reservable 1 year in advance. Smith Falls campground straddles the Niobrara National Scenic River. Picnic sites, tent camping, restrooms, concession, and pay showers are available on the north side of the river. No RV facilities are available. The park protects the biological and scenic significance of the location while allowing the public to view the state’s highest waterfall. 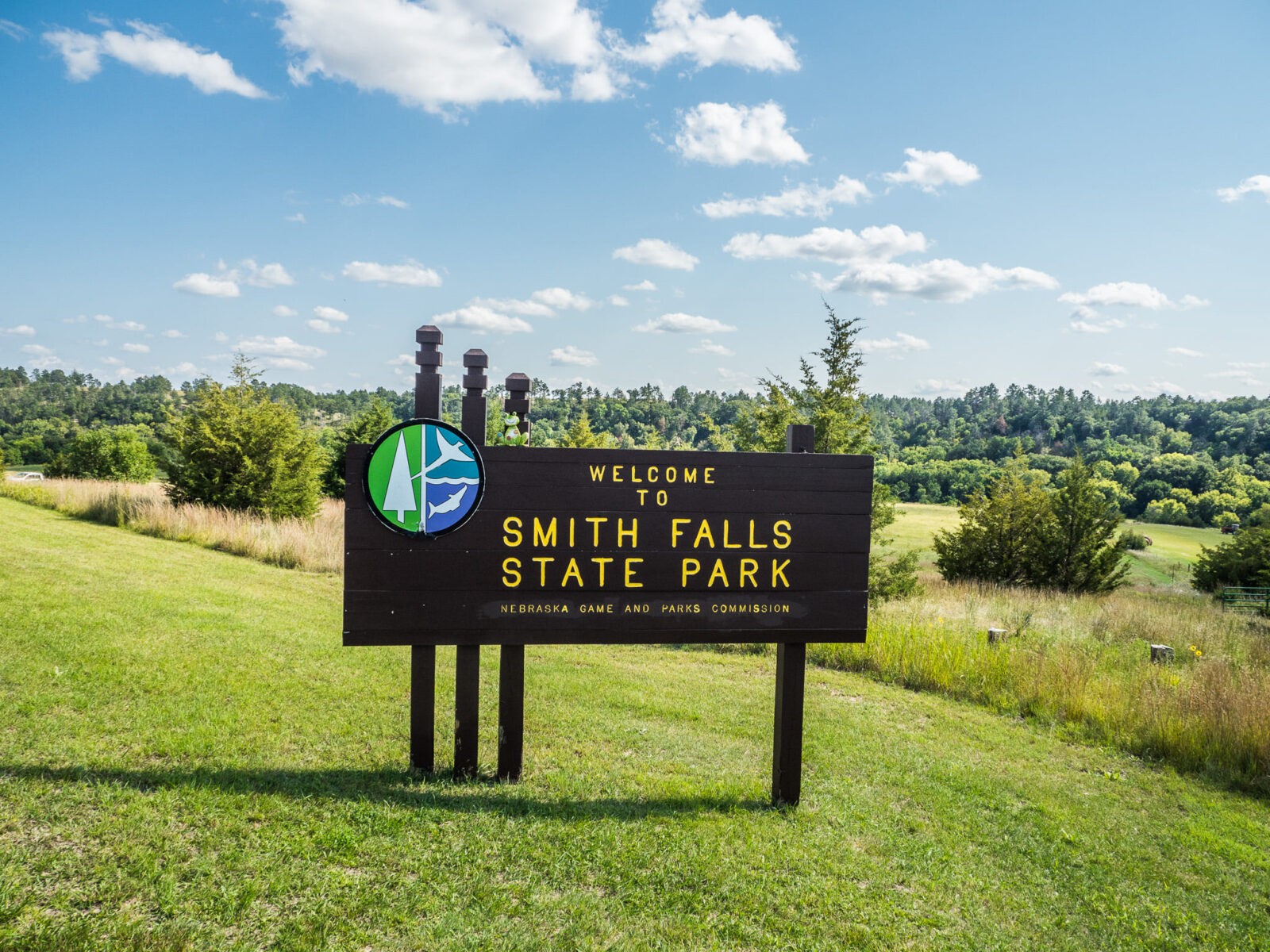 The falls are on a short spring-fed stream that plunges into a small canyon on the south side of the Niobrara. As the canyon is narrow and sheltered from direct sunlight, it is much cooler than the surrounding landscape; this allows a unique set of flora to grow that is atypical for the Sand Hills of Nebraska. The canyon is home to paper birch and an endemic hybrid grove of quaking aspen and bigtooth aspen.

Many outfitters use the park as a take-out spot, which make it a convenient camping site for those planning to paddle or float the river.

Smith Falls is named for Frederic Smith, who filed the first homestead patent on the land that encompasses the falls. The site became a state park in 1992. Not only is the land home to the beautiful falls, it is also an area of biological significance where several ice age species can still be found.