The Adventure Of A Lifetime Can Be Found At This One Incredible National Park!

One of California’s most formidable natural landscapes, Yosemite National Park features nearly 1,200 square miles of sheer awe: towering waterfalls, millennia-old Sequoia trees, striking, daunting cliff faces and some of the most unique rock formations in the United States. But despite its enormous size, most of the tourist activity takes place within the 8-square-mile area of Yosemite Valley. Here you’ll find the park’s most famous landmarks – Half Dome and El Capitan – as well as excellent hiking trails through the natural monuments. Even inexperienced hikers can enjoy Yosemite: Guided tours and climbing lessons are available from local adventure outfitters. Just don’t expect to experience it by yourself. Like so many other American tourist destinations, crowds are the biggest obstacles to an enjoyable Yosemite vacation – approximately 4 million people visit each year. But if you go at the right time (and start your day a little earlier than usual), Mother Nature’s wonders will reveal themselves to you in a miraculous and serene way. 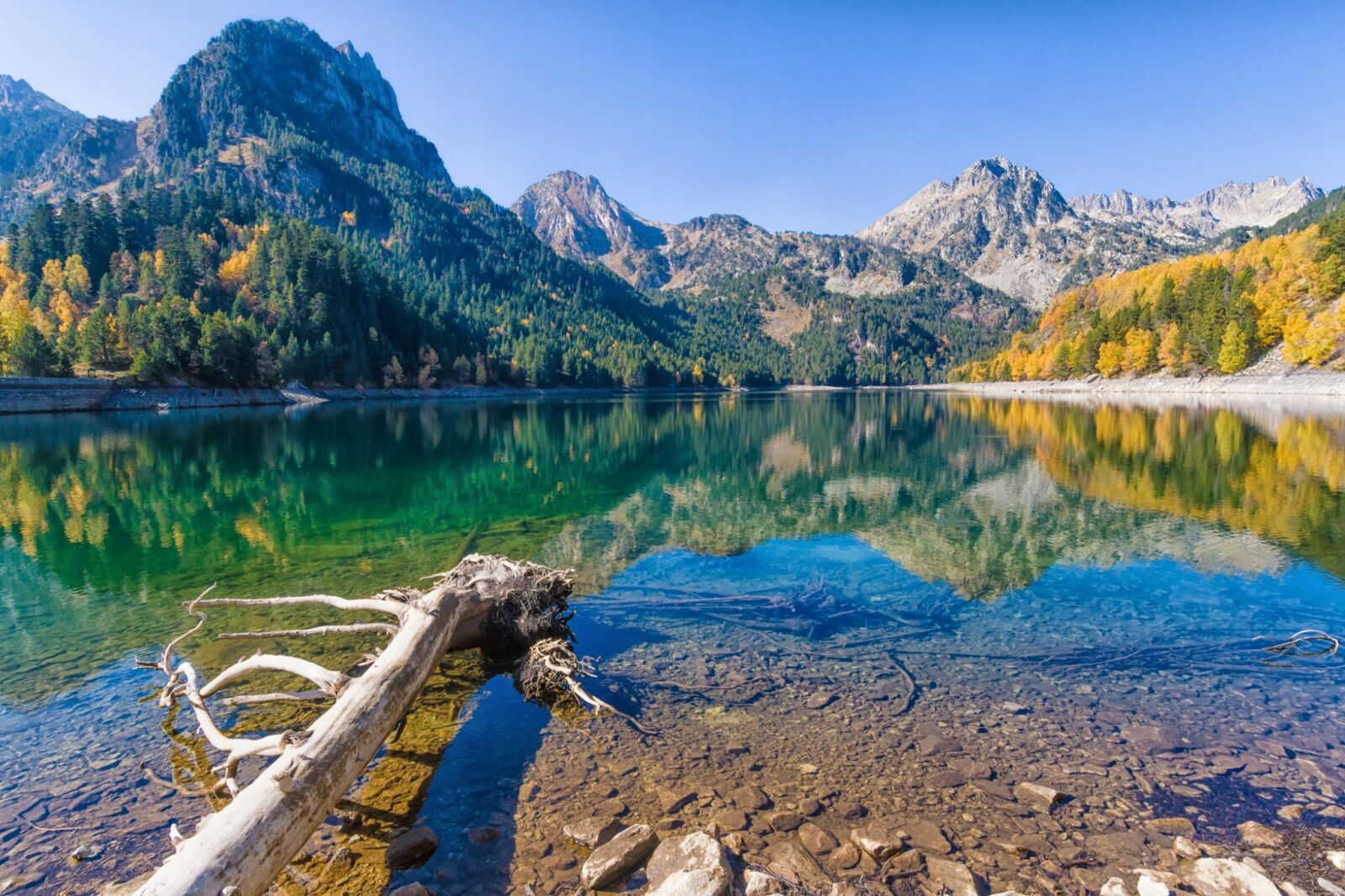 Yosemite is filled to the brim with natural wonders worth writing home about. Travel experts and visitors agree that your to-do list must include the following: Half Dome, Glacier Point and Mariposa Grove. Hikers, follow the masses along the John Muir Trail and the Mist Trail, but also escape and make the trek to Tuolumne Meadows, an area which features a treasure trove of under-visited trails. After a long day of hiking, climbing or skiing, adventurers can put their feet up and grab a bite in Yosemite Valley, where you’ll find the bulk of the park’s amenities and accommodations. 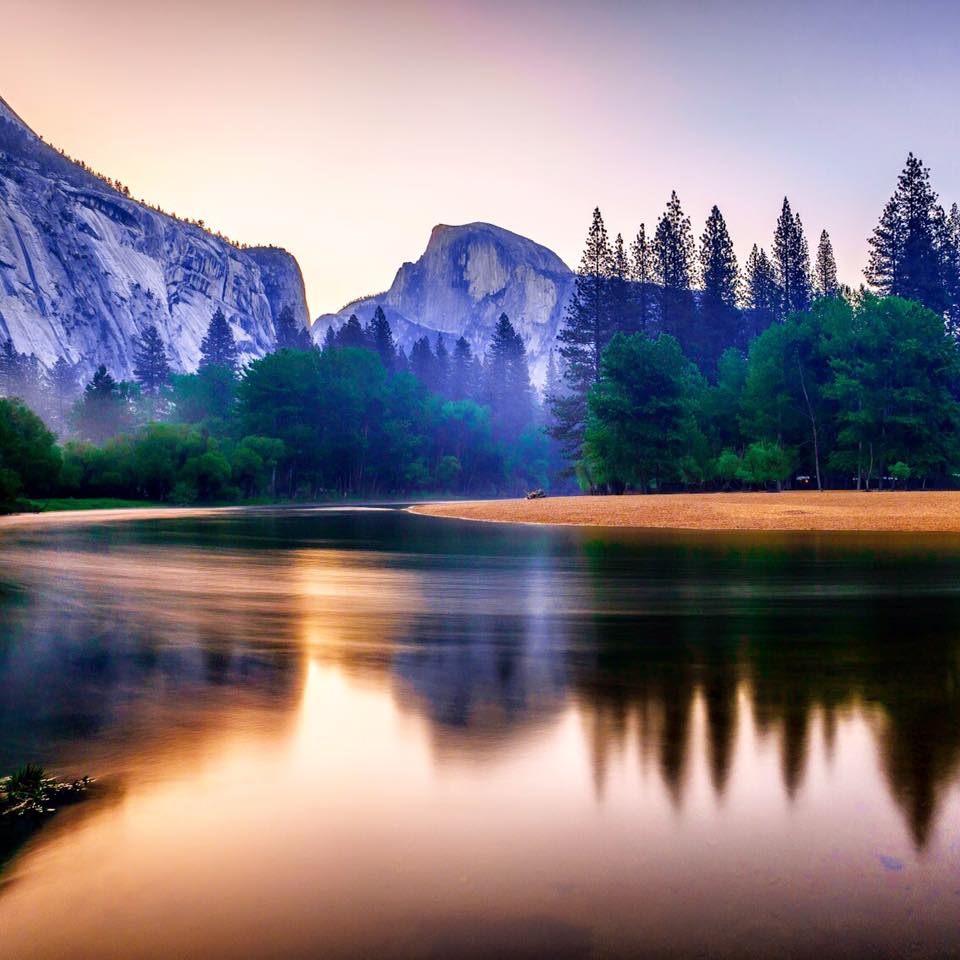 The best times to visit Yosemite are May and September, when the park is accessible but not too crowded. It’s important to know that many roads and trails in Yosemite are closed for the majority of the year due to snow. Snow can come as early as October and arrives in full force in November, typically remaining until March. But just because the snowstorms stop in March doesn’t necessarily mean closed parts of the park suddenly swing their doors open. Depending on conditions, all seasonally closed roads and trails don’t open till May or June. 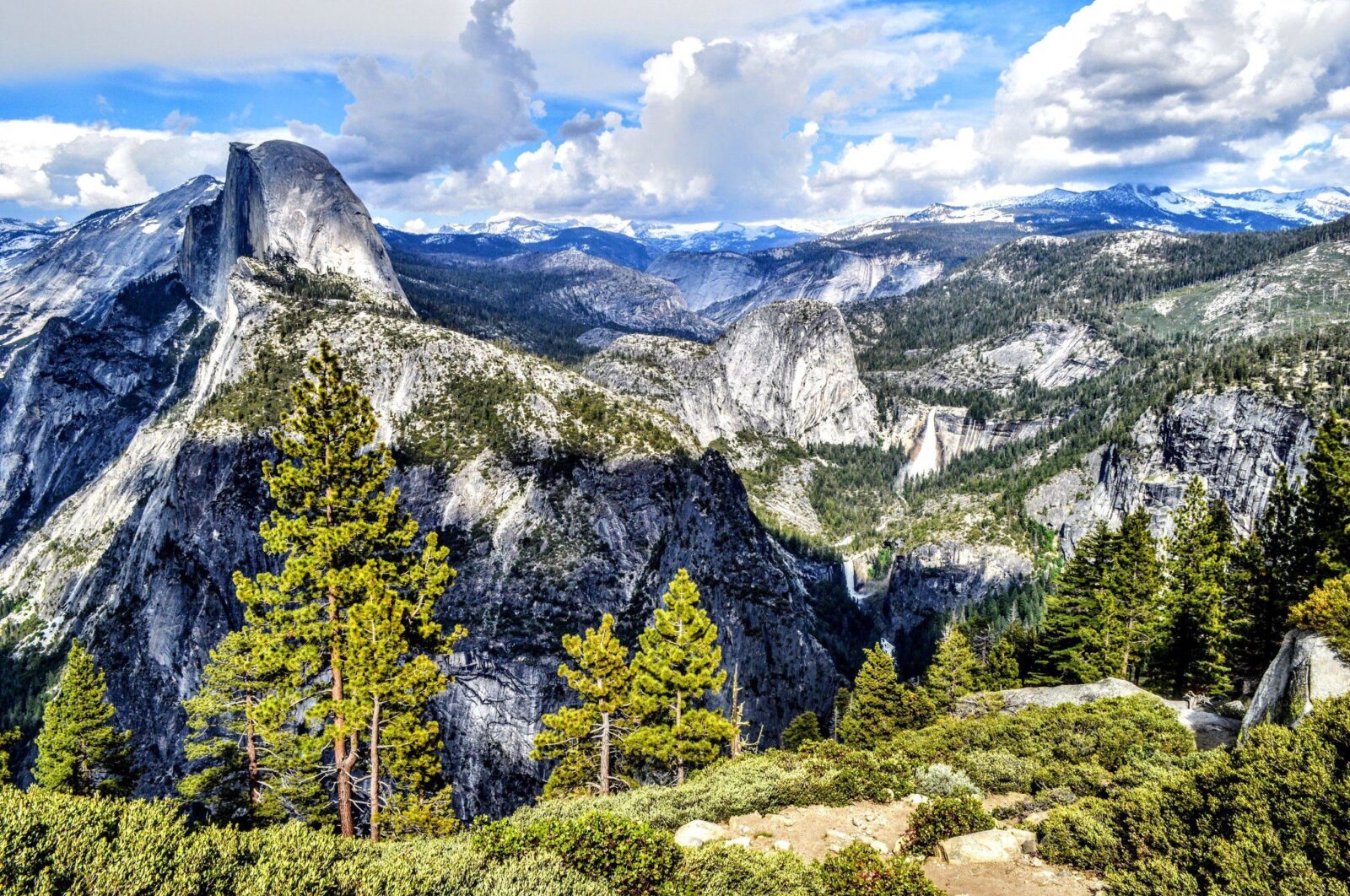 Seasonal park closures are precisely why so many travelers visit during the summer months, making it the park’s busiest time of year (think packed trails, road traffic, sky-high hotel rates and more). To avoid this, the best time to visit is before or after the summer crowds come, which is typically late May and September. Late May and early June is the best time to view waterfalls, roaring from freshly melted snow, and September offers cooler temperatures ideal for hiking (summer temps can reach the 80s). If the only time you can visit is during the summer, be sure to book several months in advance. Campsites are known to reach capacity the moment they become available for booking. If you’re looking for a bargain on accommodations, winter is the best time to visit Yosemite. 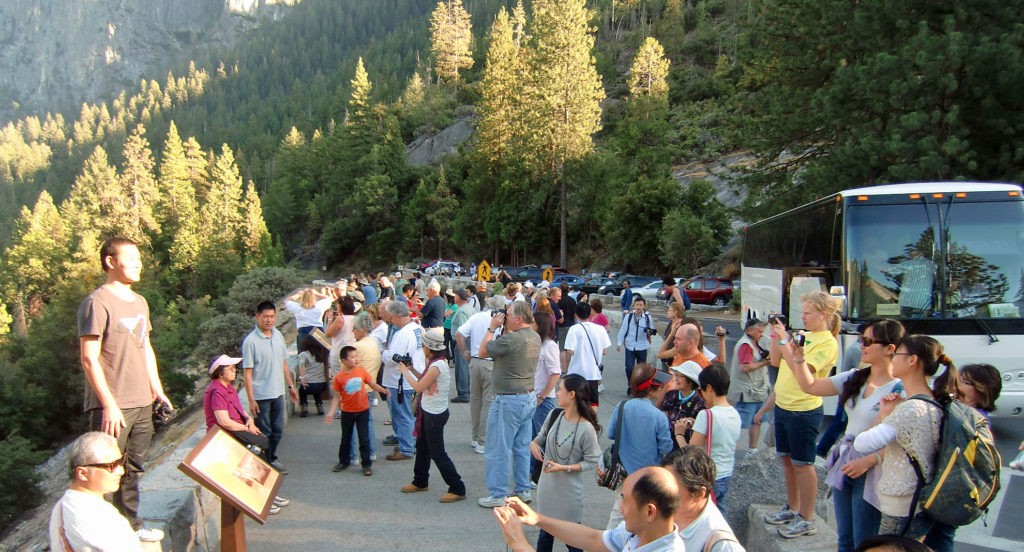 Covering an area of more than 750,000 acres, Yosemite National Park is abundant evidence of some of Mother Nature’s best work. Despite its enormous size, the majority of Yosemite’s 4 million annual visitors confine themselves within the Yosemite Valley, which comprises only 8 square miles of the park. The reason for this is because Yosemite Valley offers some of the park’s most spectacular sights, though don’t be afraid to do your own exploring to the north and south: Yosemite’s other “neighborhoods” also offer spectacular and unforgettable outdoor experiences that are well worth the detour. 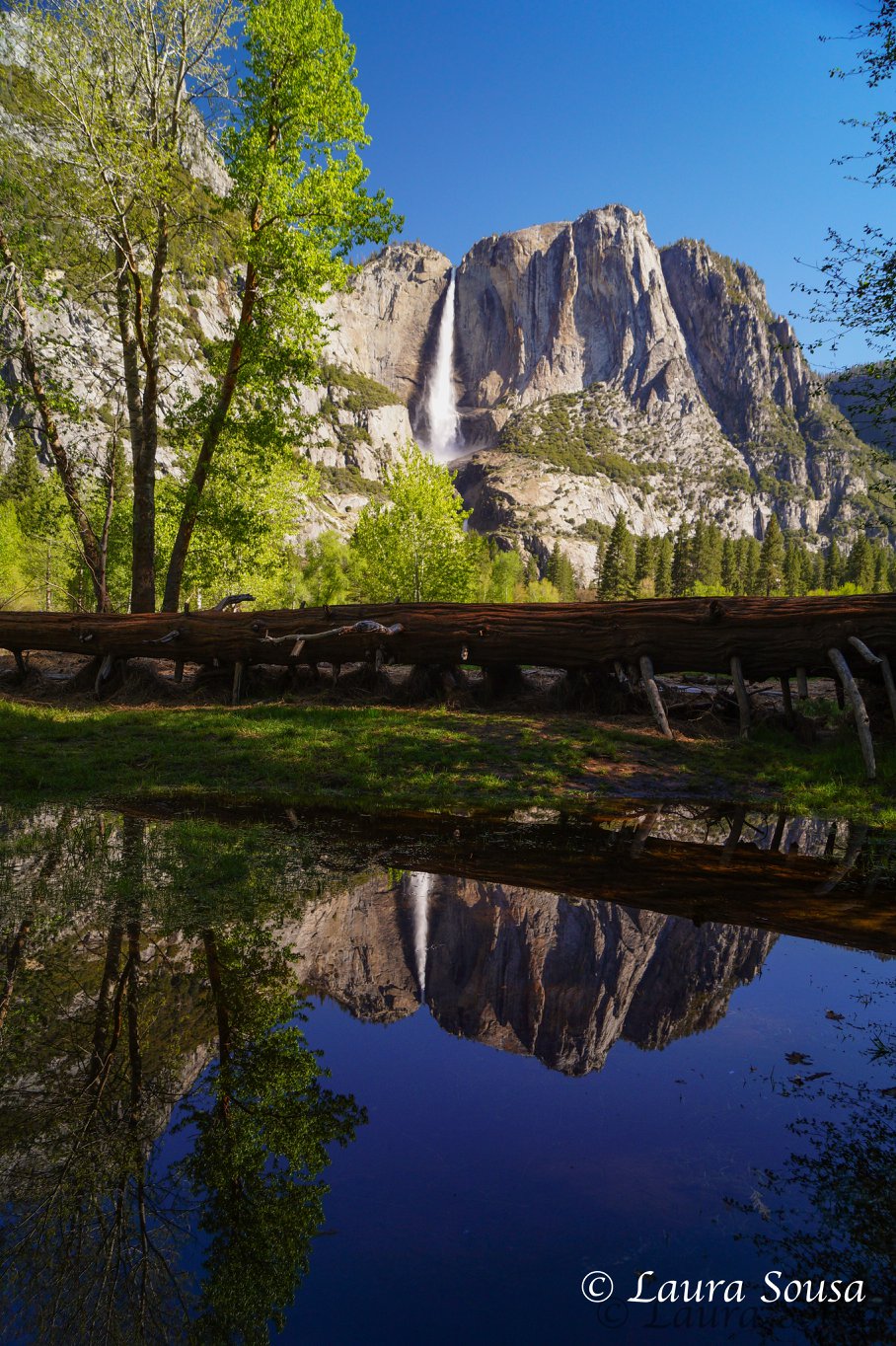 Many travelers begin and end their visit in Yosemite Valley; because the area offers plenty to see and experience, visitors seldom travel beyond the valley’s confines. If you start in Yosemite Valley, plan your day at the Yosemite Valley Visitor Center to find out the best places you can view the park’s iconic natural structures. These include Yosemite Falls; the towering granite monolith, Half Dome; and the vertical rock formation, El Capitan. Popular hiking trails that travel through Yosemite Valley include the John Muir Trail, which offers excellent views of the park’s granite peaks; and the Four-Mile Trail to Glacier Point, offering spectacular views of El Capitan, Yosemite Falls and the Merced River. The Mist Trail also offers connections to Half Dome, from which you can scale steel cables to climb to the rock’s summit, one of the most challenging hikes in the park. 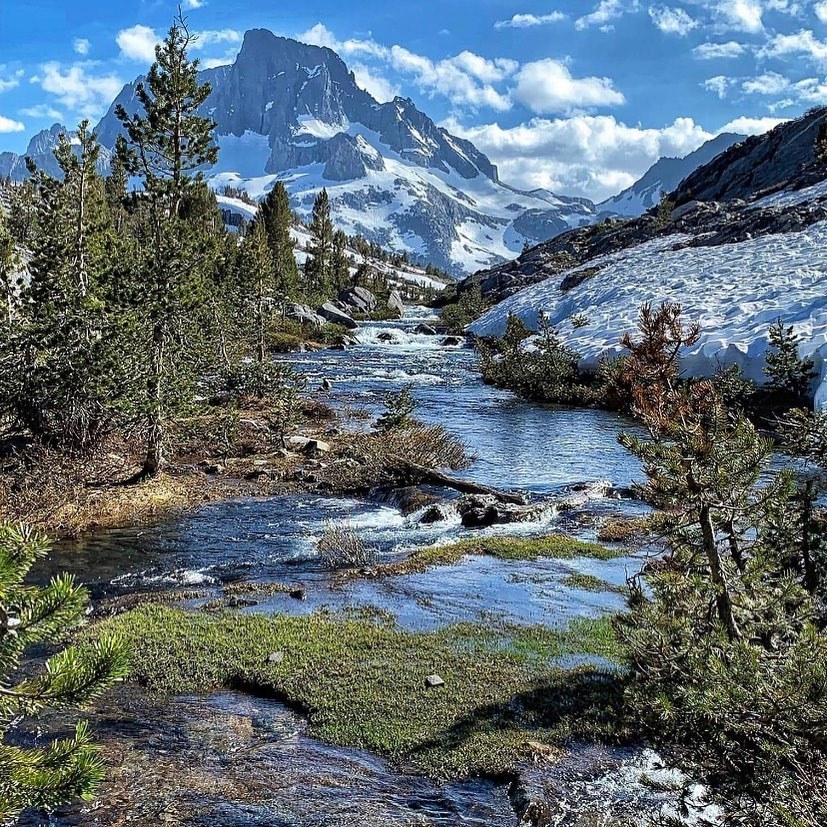 The northwestern section of Yosemite, known as Tuolumne Meadows, is less popular than Yosemite Valley but offers equally stunning sights and – a major incentive for travelers – fewer crowds. The area boasts several views of formidable Yosemite mountain landmarks, including the Cathedral Mountain Range, Lembert Dome, Tenaya Lake and Olmsted Point, the latter two which can be found right along the scenic Tioga Road. In addition to campsites, there is a lodge, restaurant, a wilderness center and visitor center. 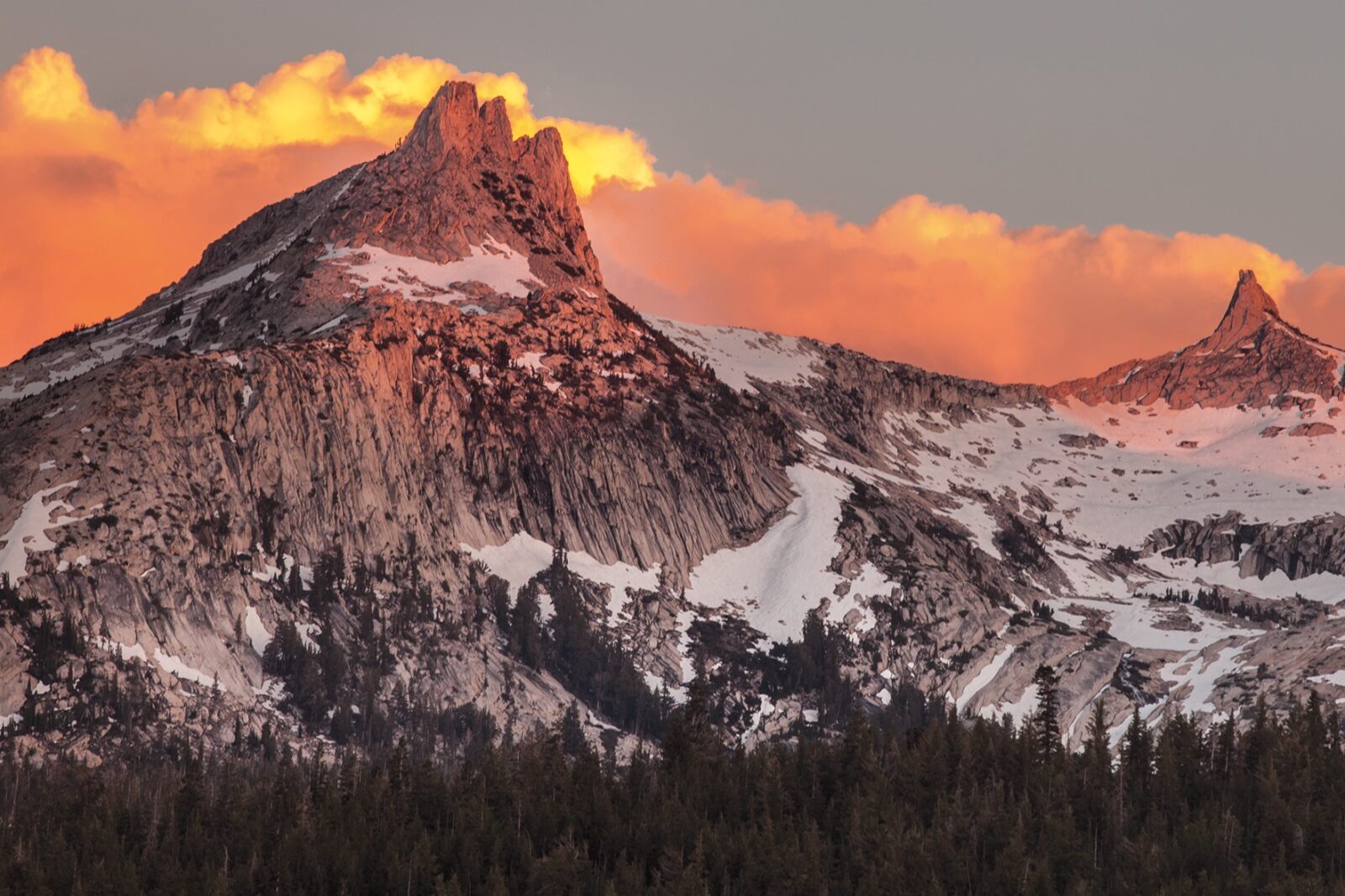 Hetch Hetchy is a controversial side of the park. Located on the northwest side of Yosemite, Hetch Hetchy features the O’Shaughnessy Dam, which today supplies drinking water to 2.4 million Bay Area residents. Back in the day, this dam was fiercely opposed by the famous turn-of-the-century environmentalist, John Muir, and today, it still manages to ruffle some feathers, if not draw some shock from visitors over its presence. In addition to the infamous reservoir, you’ll find campgrounds and hiking trails including popular journeys, such as Wapama Falls, a sight to see during waterfall season in the spring. Crane Flat, which is directly south of Hetch Hetchy, is where you’ll find two of the park’s three sequoia groves, Merced and Tuolumne Groves.

If you’re wanting to learn more about Yosemite’s history, a visit to Wawona will certainly satiate. Native Americans used to call this area of the park home, then in the late 1800s, Wawona developed into a thriving community that later served as the primary access for those visiting Yosemite. Today, you can get a taste of the past at the Pioneer Yosemite History Center, which features exhibits, as well as seasonal tours and demonstrations. Also in Wawona, you’ll find Mariposa Grove, which is filled with giant sequoias that are thousands of years old. 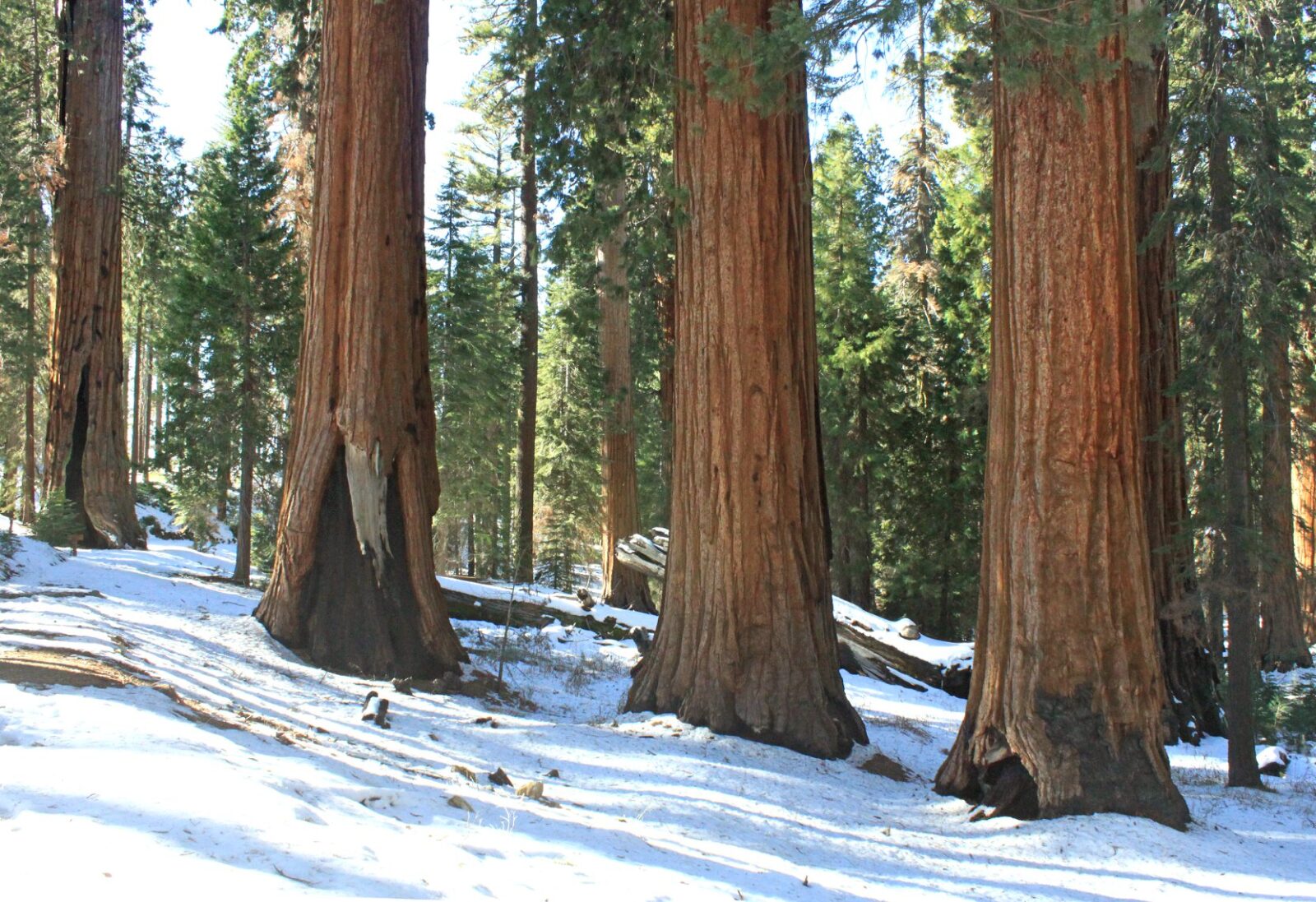 Looking for lodging?  There are countless lodging options, near Yosemite Valley.  You have your choice of hotels, motels, campsites, lodges, and cabin rentals.  All of which offer a wide variety of amenities.  My favorite in the area is Evergreen Lodge in Groveland Califorina.  More information can be found by clicking here.