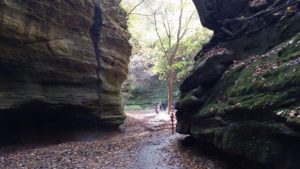 Located in Utica, Illinois The Dells area of Matthiessen State Park was one of my favorite hikes in 2016. There are beautiful waterfalls, tall sandstone bluffs, paths that tunnel through heavily wooded forest, and best of all, a trail that runs right along and often through the river that formed it all. The sheer beauty of the lower Dells is something not often found in the Mid-west. 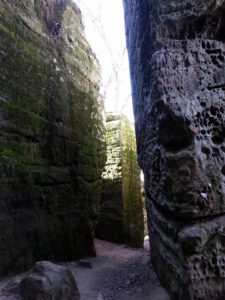 Visitors will love hiking the many wilderness trails, located inside Giant City State Park. My favorite trail in the park is the Giant City Nature Trail, home of the Giant City Streets, formed over 12,000 years ago. This outdoor lovers paradise is located just minutes south of Carbondale, nestled into the Shawnee National Forest The area is named Giant City after its huge sandstone structures. The parks natural beauty attracts more then 1 million viewers a year. 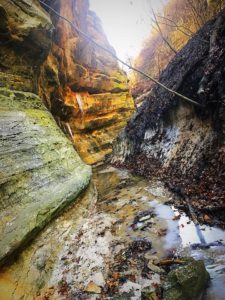 Garden of the Gods State Park 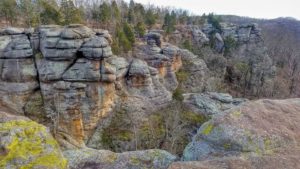 Garden of the Gods State Park is just one of the many state parks found inside, Shawnee National Forest. One of the most popular trails, is the Observation Trail. The trail is well marked and of average difficulty, along the way hikers pass several educational signs, describing the history and geology of the area. The trails offer breathtaking views of the rugged forests below, as you hike along sandstone bluffs which drop more then 100 feet. Some of the most popular rock formations are Camel Rock, Mushroom Rock, Anvil Rock, and the Devils Smoke Stack. With one of the most spectacular views in the Midwest, its easy to see why Garden of the Gods is the most visited site in Shawnee National Forest. 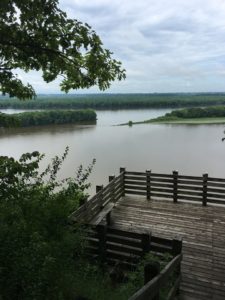 Located in Savanna, in the northwest corner of Illinois, lies one of the most photographed locations in the entire state. Palisades State Park although known for its many beautiful views overlooking the Mississippi, is also a highly sought out location for hiking and backpacking.With a 15 mile trail system, and several scenic overlooks throughout its easy to see why. One of the more popular trails is called the Sentinel Trail, its a 1.5 mile hike, which will lead you to a huge rock formation know as Sentinel Rock. The park is full of spectacular sights including the Indian Head, the Twin Sisters, and many caves can be found throughout.

Where is your favorite hiking locations in Illinois?