Four famous giant Sequoias were not harmed by a wildfire that reached the edge of Giant Forest in California’s Sequoia National Park, authorities said. 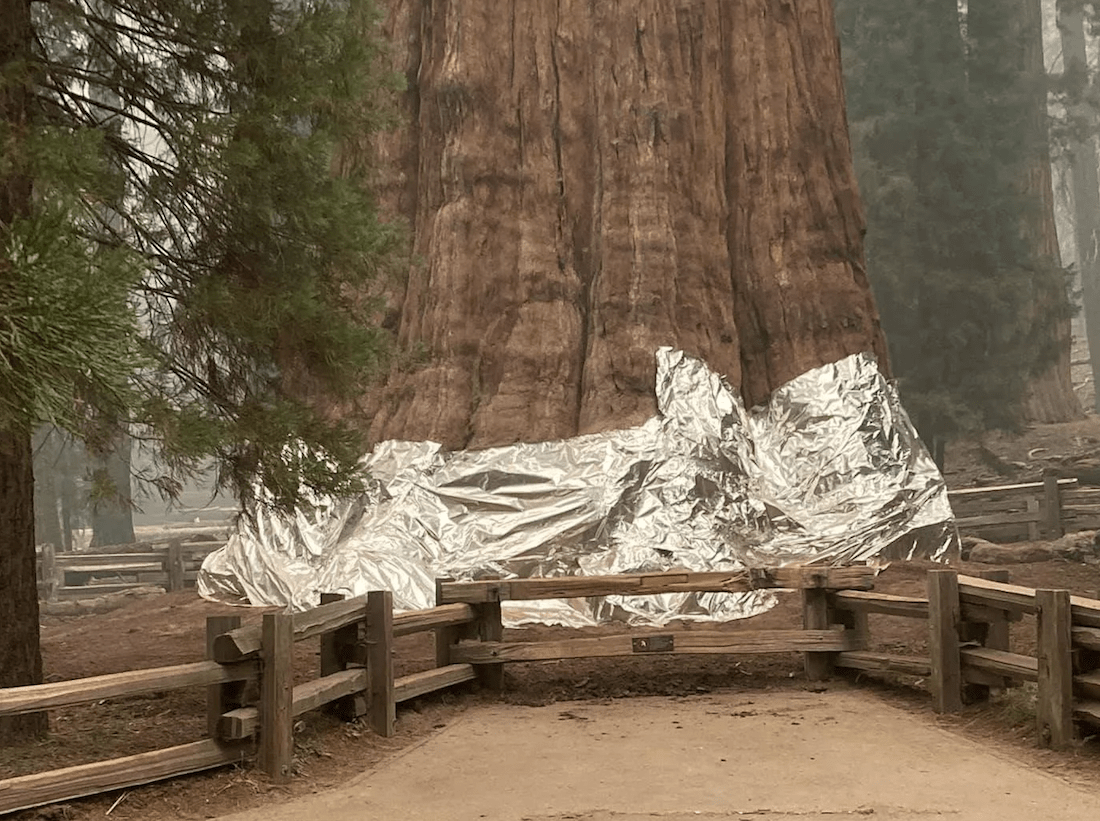 The Four Guardsmen, a group of trees that form a natural entryway on the road to the forest, were successfully protected from the KNP Complex fire by the removal of nearby vegetation and by wrapping fire-resistant material around the bases of the trees, the firefighting management team said in a statement Sunday.

The KNP Complex began as two lightning-sparked fires that eventually merged and has scorched more than 37 square miles in the heart of sequoia country on the western slope of the Sierra Nevada.

Firefights and NPS officials moved quickly to protect the Sherman, wrapping its base in reflective blankets to prevent ground fire from climbing its bark. But the trees had another, deeper level of protection: relatively recent prescribed burns in the nearby forests cleared a lot of the fuels that could have escalated the fire’s growth near the ancient behemoths.

The KNP Complex fire has chewed through nearly 30,000 acres of forest and is still 0% contained. The General Sherman and the Four Horseman trees that share its grove survived a low intensity fire that burned across their bases in recent days, which should protect them should the fire reverse its course, but if it grows again in intensity, the trees might again be threatened.

As of today, September 25, the trees are safe.