The Outbound-Gooseberry Falls is one of Minnesota’s most popular state parks due to its easy access to several scenic waterfalls! 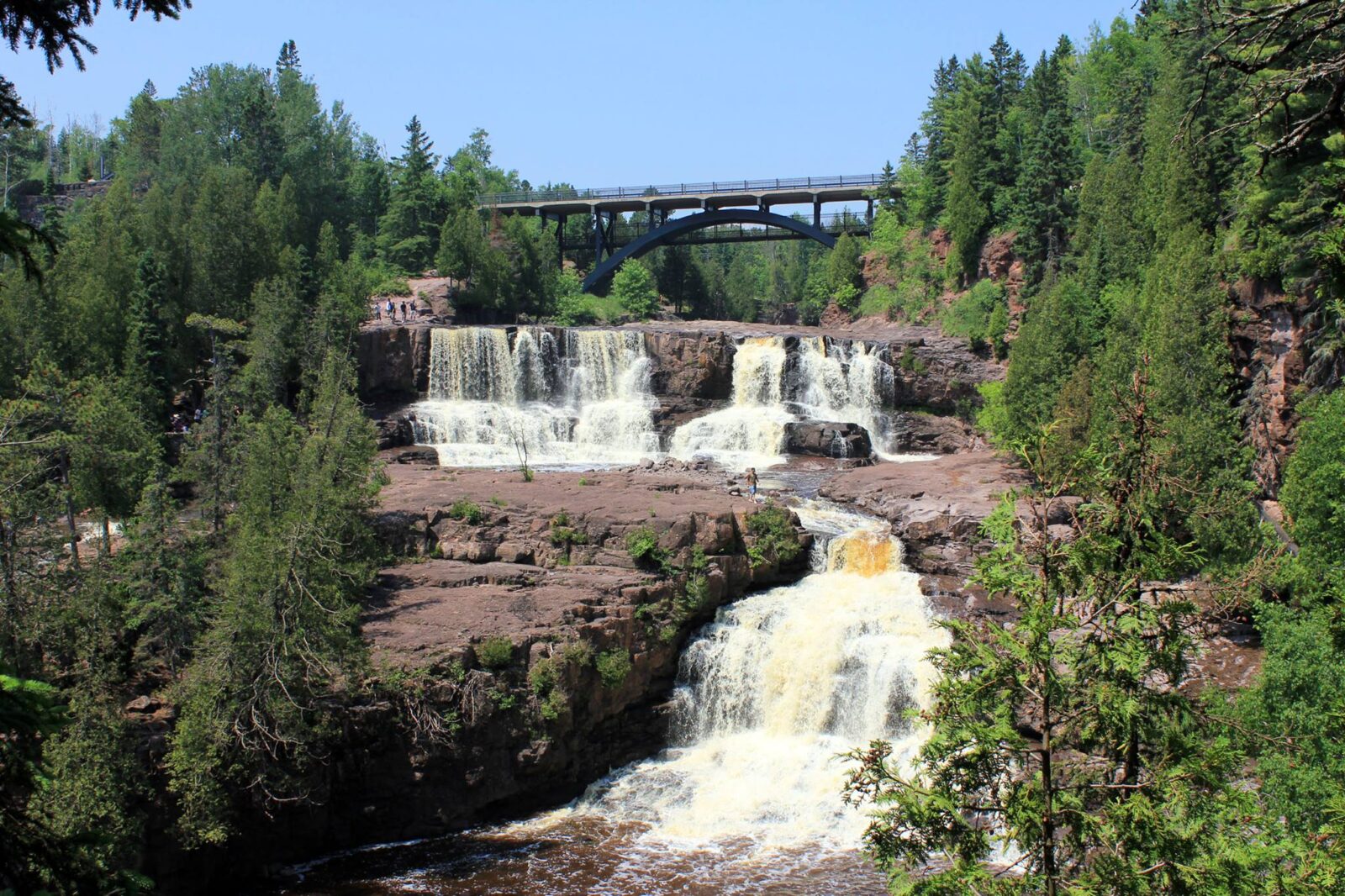 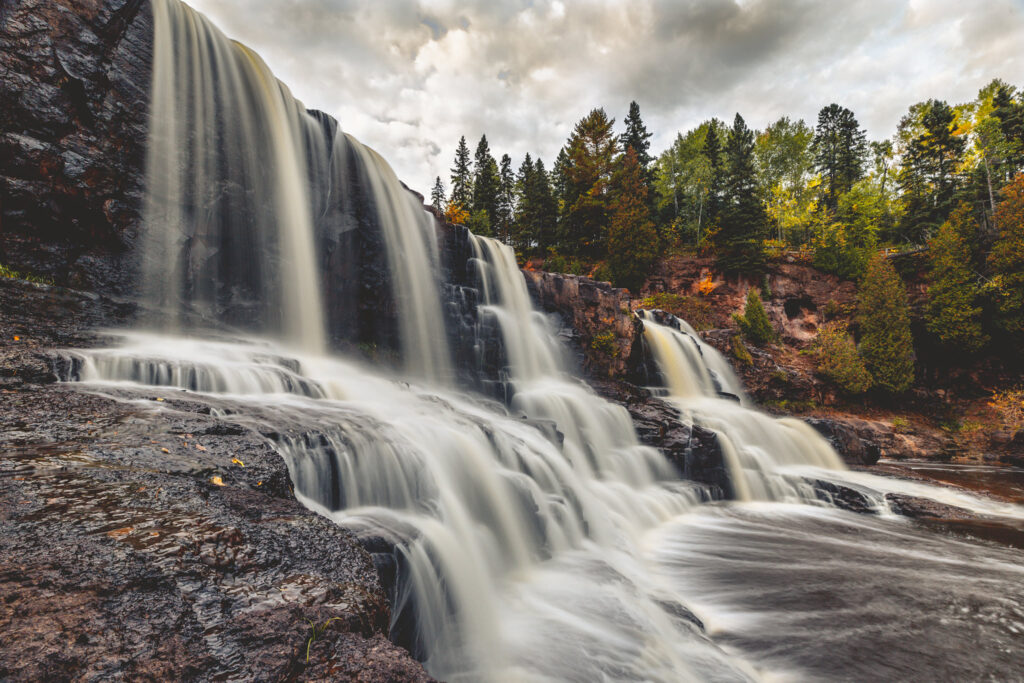 This picture is owned by John Keefover

You can stop by the Visitor’s Center to pick up a map of the park, visit some of the exhibits they have, or attend some of the naturalists programs they offer. After heading out, follow the signs for the Middle/Lower falls. It is about .3 miles to the popular Middle Falls. The path is paved the entire way and is wheelchair accessible. 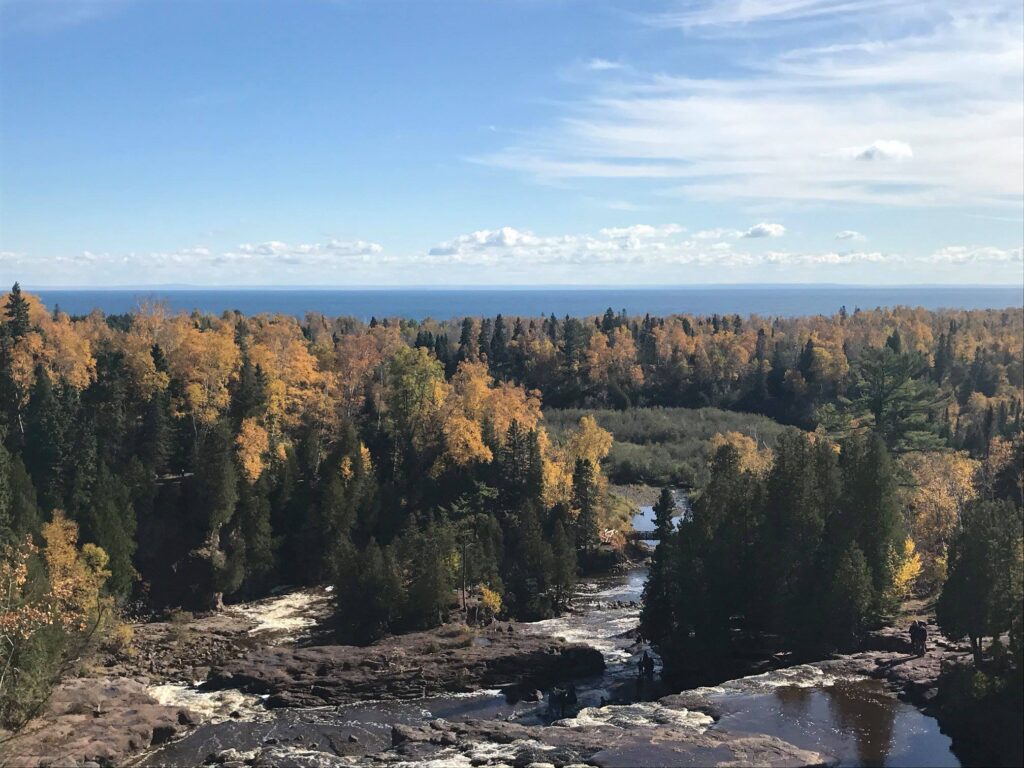 Once you reach the falls, there is plenty to explore. The water level of the falls varies frequently, but if it is low enough, it is easy to walk through the shallow water and over the rocks to get close to the base of the falls. You can follow stairs to descend further along the river to see the lower falls. Alternatively, you can continue climbing the stairs and follow a path for about .3 miles to reach the Upper Falls. The short traveling distance is attractive to the many tourists that make Gooseberry Falls their first stop along the North Shore. 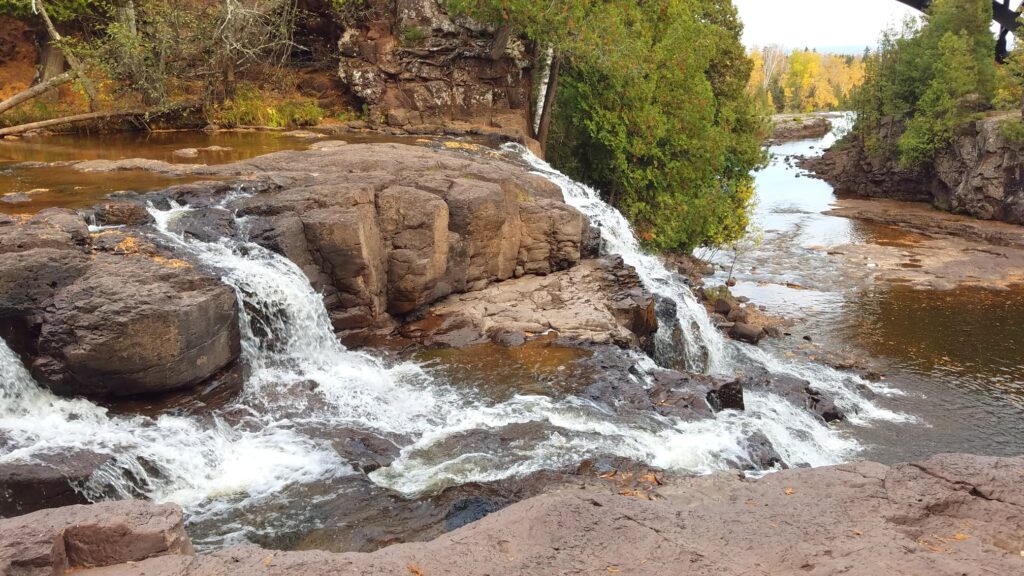 This picture is owned by Chris Edmonson

During the summer months, Gooseberry is very crowded as it is known as the “gateway to the North Shore.” To avoid crowds, try to get to the park during the earlier morning hours. Visiting during other seasons can also help avoid the large crowds and provide a nice change in scenery. The falls freeze over in the winter, but if you explore during these times be aware that the river ice is never completely safe. There is also a 2 mile round-trip hike to the park’s Fifth Falls that is often less crowded. 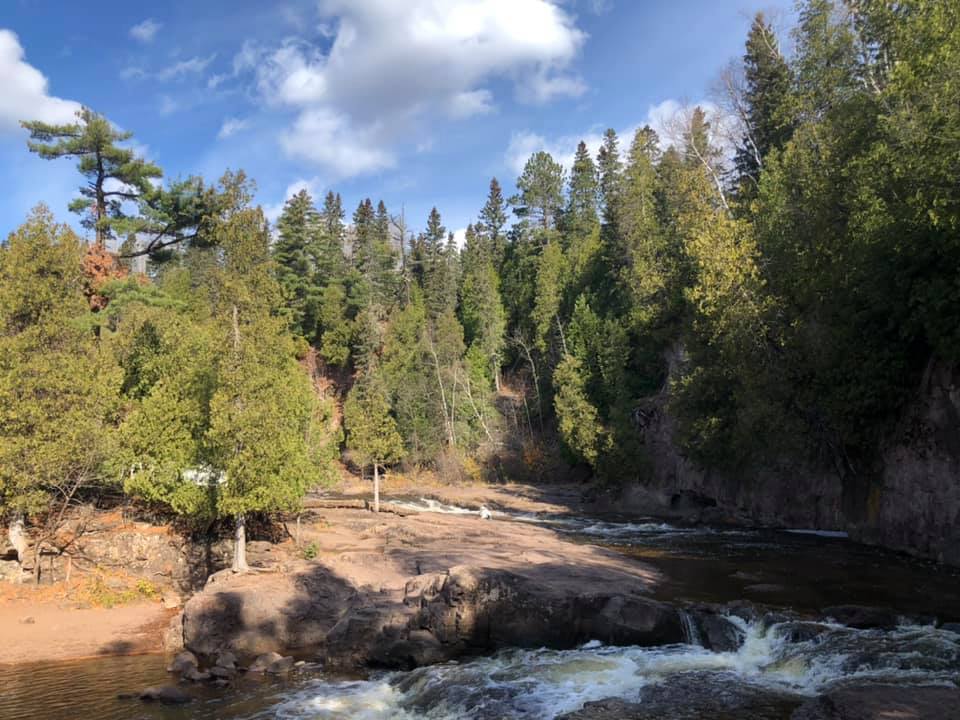 This picture is owned by Jerred Kline

The Minnesota Legislature authorized preservation of the area around Gooseberry Falls in 1933, and the area was officially designated a State Park in 1937.  In 1996, the Joseph N. Alexander visitor center was built, providing space for interpretive displays, a cinema screening room, and a gift shop. The visitor center hosts public events including nature, wildlife, astronomy, and music programs. 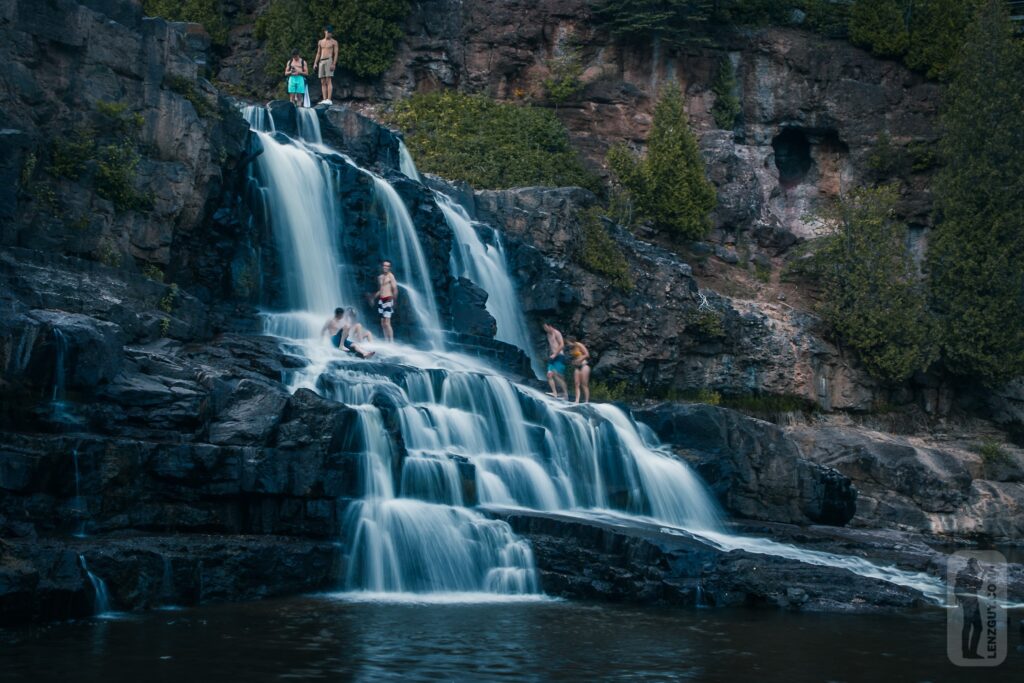 This picture is owned by Vasanth Rajkumar

This park provides 70 non-electric camping sites that are available year-round. There are 18 miles of hiking trails, including 8 miles of mountain bike trails. The trails connect to the Superior Hiking Trail. There are popular picnic and swimming spots found throughout the park.

The park is also home to a wide variety of animals, including white tailed deer, lynx, black bear, and timber wolf.  The lakes are also a popular fishing destination, with a large population salmon and trout.  Bird watchers will enjoy a variety of conifer-dependent birds, as well as ravens, and herring gulls.

This article was written by Allison Herreid, and the original article can be viewed by clicking here.