Iowa was originally slated to wrestle Oregon State on Sunday afternoon, but unexpected travel difficulties prevented the Beavers from making the trek to Iowa City. The Black Knights were readily available to fill in, as the team is set to take on Iowa State in Ames on Saturday, Nov. 27 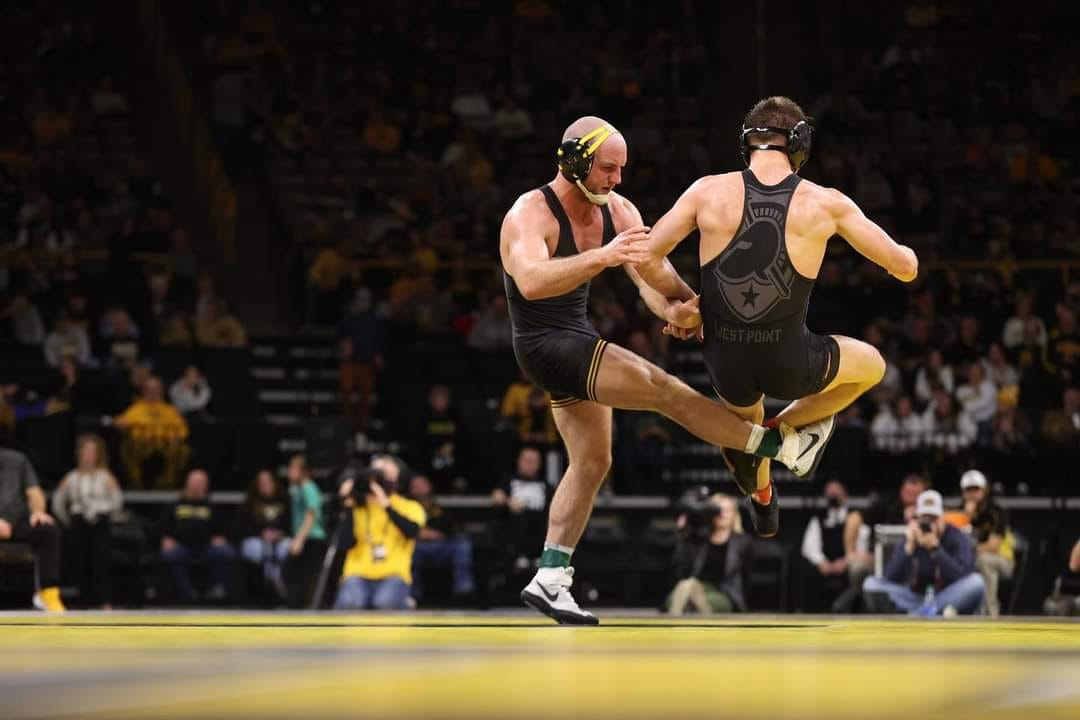 In addition to today’s dual, the two teams have also reached an agreement that Iowa will make the trip to West Point during the 2022-23 season for an additional competition against the Black Knights.

The Iowa Hawkeyes wasted no time taking it to their opponents, with the meet starting at 125 lbs freshman Jesse Ybarra won a hard fought decision over Ryan Chauvin.

At 133 Austin DeSanto kept the Hawks rolling with a 21-6 technical fall over Mark Montgomery. 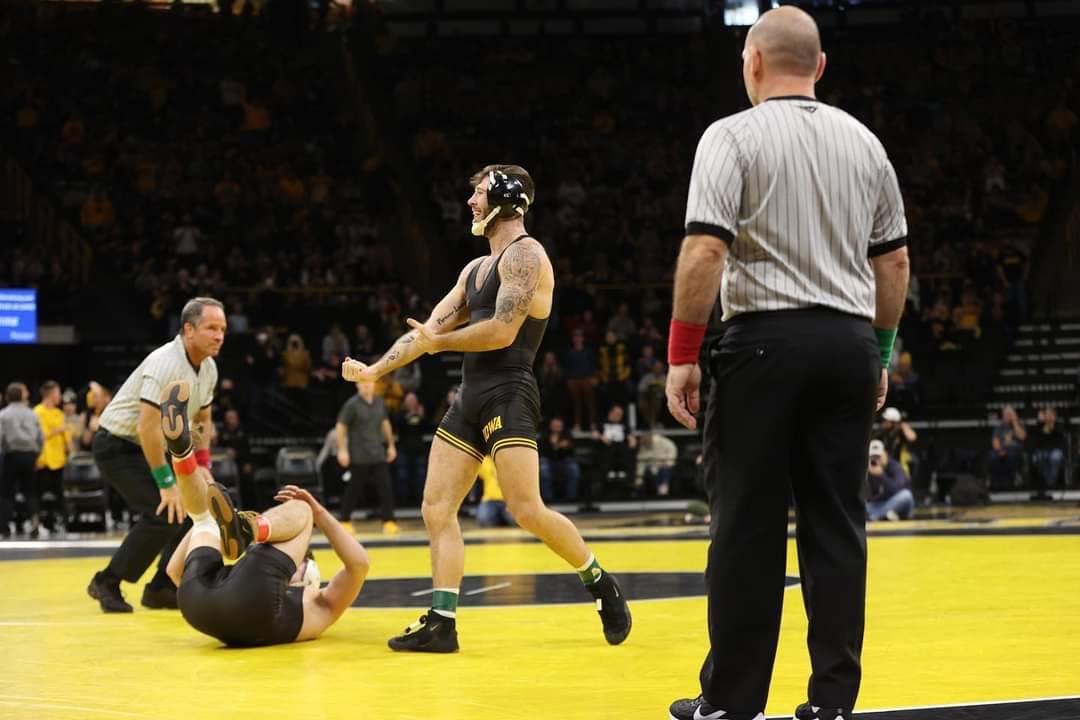 Jaydin Eierman continued his winning ways at 141 lbs, with a one sided victory over Corey Shie. Eierman racked up 5 takedowns, before securing the pin, extending Iowa’s lead to 14-0.

At 157 Kaleb Young returned to his wining ways with a hard fought 4-1 decision over Markus Hartman. 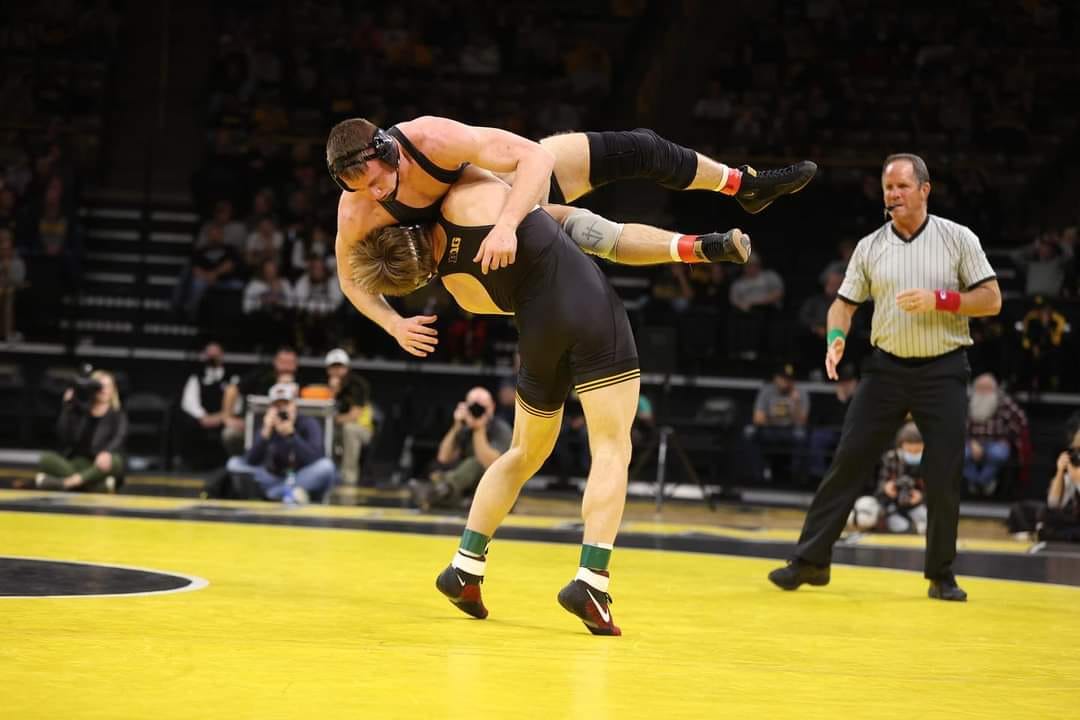 Alex Marinelli brought the crowd to its feet securing a win by pinfall against Christian Hunt, at 165 lbs.

At 174 Nelson Brands put on a dominating performance against Clayton Fielden. Brands built up a huge lead racking up multiple takedowns and cruising to an 18-5 Major Decision.

Next up for the Hawkeyes was Myles Wilson at 184 lbs against Brad Laughlin. Wilson earned a 4-1 decision.

At 197 Zach Glazier dropped a hard fought decision to J.T. Brown, losing 4-1. Giving the Black knights their second win of the night. 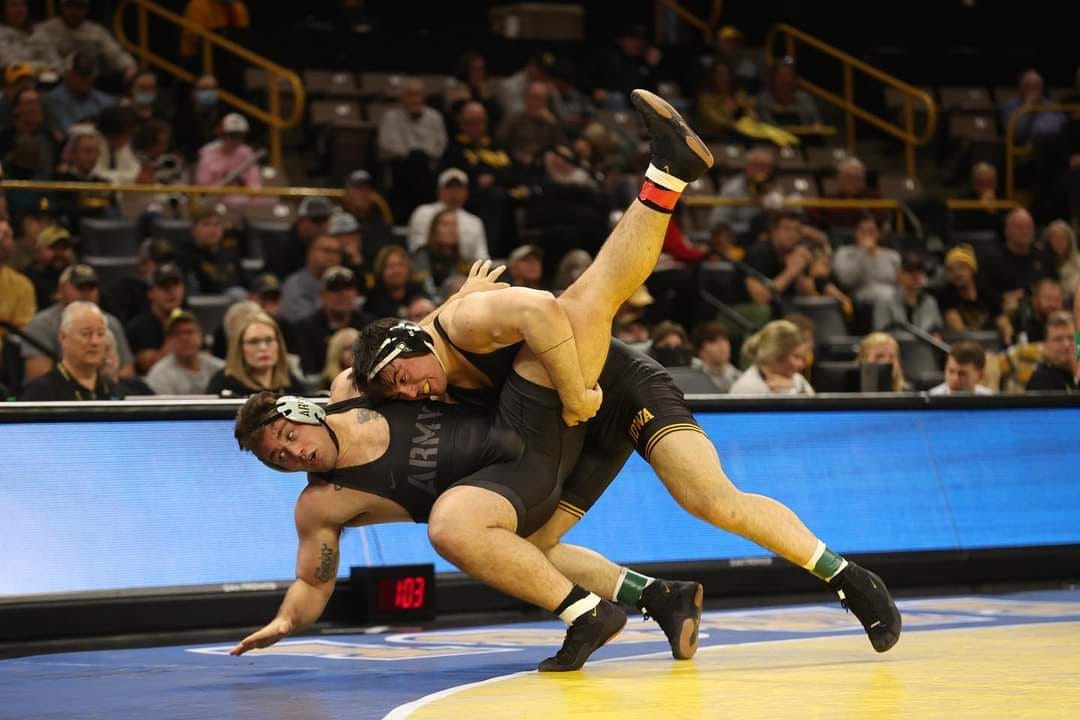 In the final bout of the day Iowa’s star heavyweight made easy work of Brandon Phillips winning by pinfall after building up a 6-2 lead. To bring the team score to 36-7.

It was another dominating performance for Iowa, but the Black Knights deserve credit for stepping up on just 2 days notice!